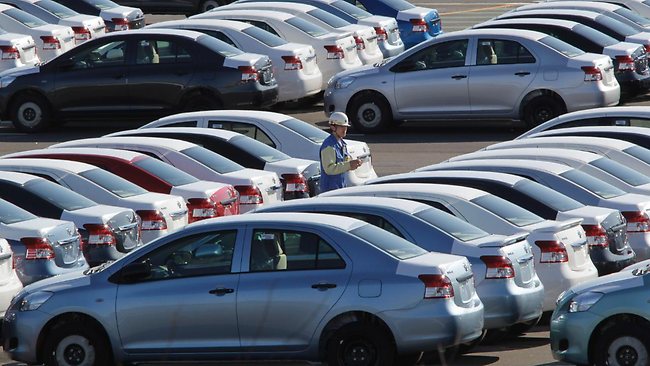 I don’t just buy cars from the public in Brisbane.

Not by a long way!

I often buy multiple cars from companies clearing out their old cars vehicles.

For example this week I bought 3 cars from the one furniture manufacturer.

They were downsizing from having 5 company cars to just 2. They traded one in on a new utility, so had 3 cars left over.

This is where I came in.

Lance searched the internet with the following term:

And he called me.

I came out to his warehouse in South Brisbane a few hours later and we did a deal on the spot for 2 of his cars.

One was a a VY Holden Commodore Ute and the other is a Mitsubishi Triton cab chassis.

The other car is an older Hilux which he asked if he could keep for a few extra weeks.

What I am doing though is awaiting his phone call to tell me the Hilux is ready to be picked up – and I will pay him for that one on the day.

My point here is if you are selling company vehicles, I can help out and I can be flexible with your requirements.

So if you want to sell company vehicles in Brisbane today, there is a great chance I can help you do this easily and quickly (or not as per Lance’s requirement). Just call me now on 0411 362 229.