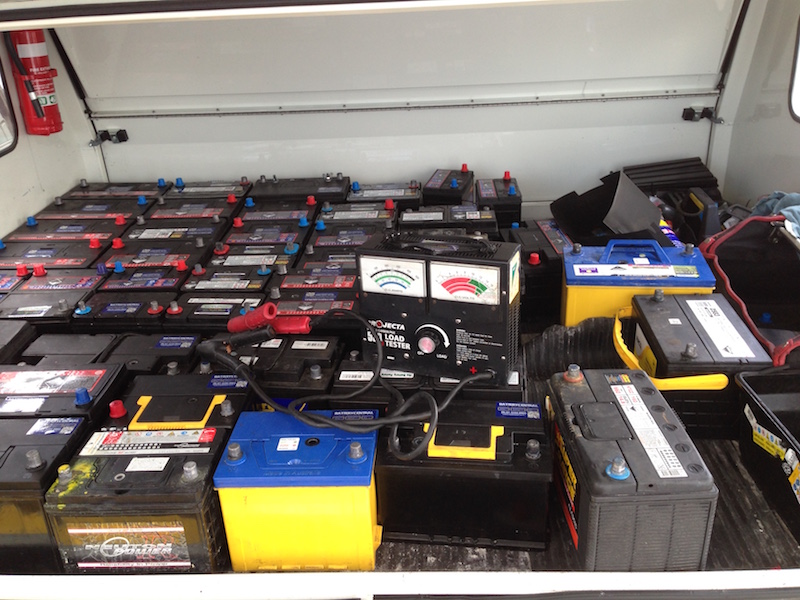 There’s a bit to know about your car’s battery, what makes it work, how to maintain it and when/how to replace it.

So how long does a car battery last?

This depends on a whole heap of factors including features on the car which use the battery’s reserves, how much and how often (e.g. even when the car is off.

How big is the battery in the first place? For example Mercedes Benz use large double sized heavy duty batteries in at least their early 2000’s models.

Other factors include the climate you use the car in – both extremes will reduce the life cycle of a car battery, how often and how much you use the car and of course how well you maintain the battery.

So exactly how do you maintain a battery?

It’s pretty easy actually. If it ever runs flat, don’t just drive it after jump starting thinking this will recharge it satisfactorily. Yes this will get you running, but this draws too heavily on the already depleted battery capacity. It is always better to use a battery charger to bring it back up to full charge.

Also periodically, you should undo each cap and check the water levels. If any of the internal plates are exposed, refill and cover with demineralised water.

It is important to use only demineralised water. If you use tap water for this maintenance, it will cause build up of minerals that block the pores and coat the plates inside which will significantly reduce its operational life.

Have you ever noticed the terminals can get a white powdery build up? This is completely normal due to the electrolysis process, but as part of your maintenance schedule, do a good clean up and get ride of it.

When checking your battery from time to time, make sure it is always securely clamped. For obvious reasons, you don’t want a battery – or for that matter any part of your engine loose under the hood. A battery even more so because if it was to shift in transit and short out on other metal parts, it can cause fire.

Ever heard that reversing the terminals can sometimes fix a wearing battery? This is a dangerous wives-tail. It is never a good idea to reverse the terminals positive to negative and vice-versa (reverse polarity.

If you are not using your car for some time – i.e being kept in a garage or you are away for months, don’t just undo the terminals or take the battery out. Modern cars rely on a charged battery to run various functions and maintain charge in some of the electrical circuits. The best idea is to invest in a trickle-charger which maintains the charge of the battery over a longer period of time. This should not adversely effect either the battery or your car.

Lastly, if your “Check Battery” light comes on, this doesn’t necessarily mean your battery is low on charge.

Typically, this will give you notice that the alternator is not charging it as much as it should be or correctly. If any dash lights come on, read your car’s manual for instructions. If it is the battery light, a good idea would be to take your car to an auto electrician for a diagnoses.

If the car you have and want to sell isn’t starting because of battery issues? I have a jump pack I can use to get it going or if you let me know, I can bring another battery to give it a go. You can call me on 0411 362 229.