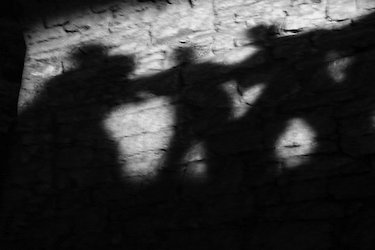 Probably like most of my visitors and customers you typed something like cash for cars Brisbane into a search engine.

Well sometimes I get the wrong sort of people coming in the hope I will buy their car from them.

Allow me to share a pretty sad story with you which happened to me yesterday.

It was weird right from the start.

A young guy turned up in a Ford Ute wanting to sell it now.

I immediately noticed he was a bit nervous/jittery when explaining the details of his car.

He was wearing large sunglasses (why I will address in a moment).

His friends came with him and were waiting in the carpark for him.

I presumed they were his ride home assuming we could do a deal then and there ad he would leave the Ford ute with me.

Things started to get weird when we started talking about price – probably after I’d spent about 15 minutes with him and going all over the car including the engine and the owner’s manual.

One of his friends got out of the car and started in on the negotiation to hurry things up.

I sternly asked who it is I’m doing business with?

So I left them to discuss things amongst themselves whilst I went into my (air conditioned) office.

My business partner sitting inside heard from the window a heated argument and the “friend” saying “$2,500 – Just F%^&ing Take It”.

When they settled down they agreed to the price, but I advised I could’t pay them or take possession of the car until they had documentation proving it was in fact theirs. Which they didn’t have.

So off they went.

The original guy came back about an hour later.

The other two “friends” I noticed came not long later and parked across the road in another carpark and behind some small trees.

Anyway, he brought paperwork back which did in fact confirm the car was his.

As a motor dealer it is very important to check the details of any car I am about to buy.

And even if you are not, buying a car is a process you need to take care with.

I did one check and found out that this guy not only had finance owing on the car, but that it is a repaired write-off vehicle.

I am just not interested in buying this sort of car.

The guy was now twitching with nervousness.

I made it clear to him I was not going to buy his car under any circumstances.

He must have asked for 3 glasses of water within 2 minutes.

A quick conversation with him revealed he actually owed $9,000 on the car (it was only worth $2.5k to me) and he needed money fast to pay “some people”. He also showed me the black eye and bloody socket under his sunglasses which he took off for the first time in our whole dealings.

He got the keys, and went slowly out of my driveway and then screeched his wheels out the next intersection.

This is when the other two guys waiting across the road realised and in turn sped off, I assume to catch up with him.

This kid was jittery and the other two were just plain dodgy.

What do you think?

If you asked me the kid with the car to sell owed money to drug dealers – fast.

And they were roughing him up and following him until he sold his car and paid his debt.

But maybe not – I’m just guessing.

I see all sorts in the business.

But this is a sad occasion.